However, the university provided statements of results in order not to disadvantage students when applying for employment.

It also had a total of 57 registered students with disabilities. The policy was applied differently by different schools with approval of Senate and it was used mostly in the School of Education and Health Sciences. The university had one accredited off-campus residence that accommodated students. There were challenges with private accommodation which the university did not have control over.

Students were exploited by providers while the conditions of the rooms were inhabitable with no safety and security measures. The university benefitted from the Department of Higher Education and Training infrastructure grant and a process was underway to build new residences with beds. Deputy Vice-Chancellor Academic led the presentation which highlighted the following key issues: The total number of disabled students was 0. The student lecturer ratio of the university was 1: The university had various programmes for academic staff development and generation of future academics.

New professional degrees included; Mining, Agricultural and Water Engineering. The difficulty towards a complete conversation was hampered by required resources such as staff costs, infrastructure in terms of specialised lecture venues, experiential laboratories and equipment.

Attendance by council members in Council meetings was good and all Council sub-committees were fully functional. Council members did not have financial interest in the university hence conflict of interest was not a concern.

The university had a hotline for any member of the university or society to report fraud practices. Currently, the university experienced a serious challenge of infrastructure backlog ranging from shortage of student housing, inadequate sport facilities and lecturer halls. It also commended the financial support received from the Department of Higher Education and Training as it enabled the university to improve on infrastructure.

All the technical work was done in fulfilling the requirements by the municipality and the Provincial Department. However, the delays in obtaining a title deed remained a serious concern for the university. President led the presentation which highlighted the following key issues: The VC was accessible and listened to the concerns of student leadership.

It was alleged that certain employees at the procurement office developed relationship with certain service providers who were awarded contracts frequently. The online registration system of the university was poorly administered.

The system was difficult to use and did not allow students to choose subjects appropriately. The relationship between management and union was positive. Management consulted with the unions regularly on important decision that it implemented. The area of concern for unions was the conversion of the university to be a comprehensive university offering wide range of academic programmes.

Funding was the main concern for the project as the university did not have adequate reserves to manage the conversion. Outsourcing of services to private providers remained a serious concern for the unions. The university outsourced work that could be done by service staff unnecessary and that showed lack of confidence to employees.

The student lecturer ratio in the university was high and there was overcrowding in the lecture hall. Lecturers were overworked due to lack of capacity and they experienced inadequate administrative support. Inadequate office space remained a serious challenge and internet connectivity at times was poor.

There was a fear of vicitimisation among staff members when they raised serious concerns against management. It was reported that two whistleblowers who reported corruption and irregularities were suspended from the university.

Inflation of prices by service providers remained a serious concern. Service providers appointed by the university did shoddy work and were paid full amount for their services. Principal led the presentation which highlighted the following key issues: He is an employee of the 1st Respondent.

The summary states that the 2nd Respondent advertised a position for acting Campus Manager, he applied, was shortlisted and appointed with effect from the 01st March to 28th February On the 2nd March the appointment was extended for another 10 months until the 01st January or until the post was suitably filled. On the 13th May he received a regret letter informing him that his application for the post of Campus Manager was not successful. Paragraph 2. At least minimum of five years experience in the institutional management or departmental management.

He stated that the Job Description in page 26 of A is not approved by the Director General, a process that should have been followed.

Subsequent to approval on the last page of Annexure I, the 2nd Respondent did not request for approval of the selection Committee in page 26 of A. The interviewing committee was also not consistent with paragraph 2. The direct supervisor was not in the panel as required by the policy. Therefore the declaration made by the 2nd Respondent in annexure J of bundle B item 11, is not true. The 2nd Respondent did not follow prescribed procedures. The Commissioner should for that reason find that Unfair Labour Practice has occurred, order that the appointment of the 3rd Respondent is invalid and also order the 1st Respondent to appoint the Applicant on the same position or any position that is equivalent to the position in question.

Under cross-examination he could not comment when it was put to him that page 10 to 22 is a policy which applies to the departmental officers and that it does not apply to him. He could not respond when told that post level is not equivalent to level 5. He agreed that in total there were seven candidates that were interviewed and agreed that he was scored 4th.

There were no closing arguments received from the Applicant. The Council gave the Applicant until 08th March and at the time of this award, they were still not yet received. The Respondents presented Mr. Motsiri Benjamin Moshoma as the only witness in their matter. The summary of his evidence on those aspects that I considered relevant to my findings is that he is a Deputy Principal: Corporate Services of the 2nd Respondent.

It applies only to management and not to other staff members because before April , all were not yet transferred. Page 29 of A is a delegation of the DG to the Principal to appoint other staff members. It does not apply to the Applicant.

Once approved, the candidate shall be appointed. Page 26 of A, 7 years is appropriate as paragraph 2. Page 27 and 28 is 5 years because the policy does not apply to staff. Page 15 of A states that at least 5 years meaning that 5 years experience is only the minimum. The candidate appointed is more qualified than the Applicant.

The policy says that a person acting must be short-listed, and that was done. The Applicant was short-listed and interviewed. He was ranked 4th by the panel, hence not the best candidate. With regard to the panel, the policy does not say the same person who chaired the short-listing committee must chair the interviewing panel. The last page of bundle I is a letter sent to College to give the principal a go-head.

It does not say the DG would do everything. Under cross-examination he stated that the DG in terms of the delegation has delegated the function of filling of post to the Principal and filling means advertising, appointing short-listing panel, appointing interview panel, interview and consolidate the report to the DG.

The reasons advanced is that the Applicant agreed that he was given an opportunity to compete. 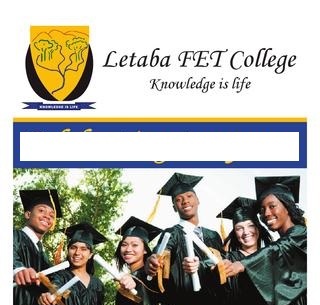 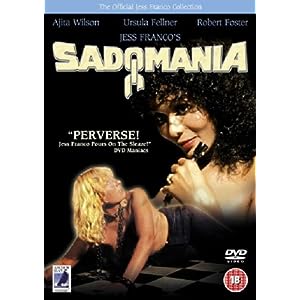 It mostly increases the rate and shortens the transmission time on the Internet. However, for you to protect the RAR document, we always set a great password to encrypt it. Without the password, you would no longer be able to open or extract encrypted RAR file.